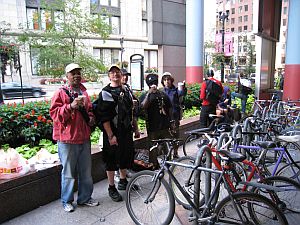 Why Use Bicycle Messengers?

Encouraging Increased Use of Bicycle Messengers

The City of Chicago has identified several key strategies for increasing the use of bicycle messengers, and ensuring their safety:

A Bicycle Messenger Service License is required for companies that operate bicycle messenger services in the central business district. Bicycle messenger licences are administered by the Department of Business Affairs and Consumer Protection.

References
Portions of this text were adapted from: