Who was Ryan White? 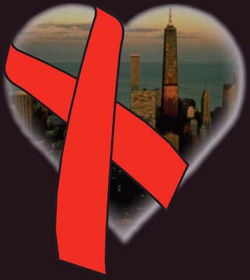 Ryan White was an Indiana teenager with hemophilia who contracted AIDS through a blood transfusion. He courageously fought AIDS-related discrimination and helped educate the Nation about his disease.

Ryan White was diagnosed with AIDS at age 13. He and his mother Jeannie White Ginder fought for his right to attend school, gaining international attention. Ryan was featured on countless television shows and magazine covers and was the subject of a television movie about his life. Ryan White died on April 8, 1990, at the age of 18, just a few months before Congress passed the AIDS bill that bears his name-the Ryan White CARE (Comprehensive AIDS Resources Emergency) Act. The legislation has been reauthorized three times since-in 1996, 2000, and most recently in with the most recent 2006 enactment renaming the program as the Ryan White HIV/AIDS Program.