The Chicago Police Department (CPD) will comply with its obligation under the Consent Decree to review its policies and actively involve the community in that process. As part of CPD’s ongoing mission to grow trust within the communities they serve, CPD will periodically post policies for public review and comment. You can provide your input on CPD policies online and the comment period for most policies will remain open for 15 days from the day it is published. Select policies will have longer comment periods. When the comment period closes, CPD will then review and consider your comments before finalizing the policy and placing the directive in effect.

The Chicago Police Department (CPD) School Resource Officer (SRO) Community Working Group (CWG) is a community-focused policy working group tasked with reviewing the current CPD SRO Policy and providing input, feedback, and recommendations to the CPD to improve this policy. The CWG consisted of volunteer members who are committed to providing a community perspective on the existing CPD School Resource Officer policy and are from all over the City of Chicago to ensure diverse representation.

Starting in October 2020, the CPD Office of Community Policing (OCP) will be hosting community conversations in each of the 22 police districts to get community input on the development of their districts plan. In November, a second meeting will be held in each district to review the draft plan and gather additional input.

Due to the COVID-19 pandemic, all community conversations will be held virtually via Zoom. A call-in option is available for anyone who is unable to join virtually. More information can be found on the CPD webpage. 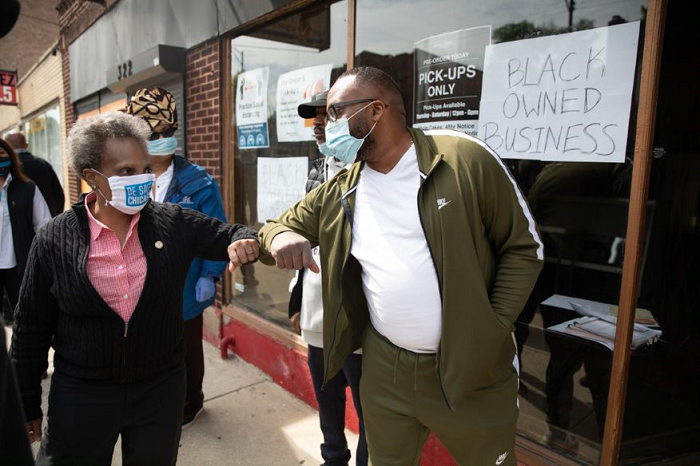 The CCMHE serves as the City’s main advisory committee on all mental and behavioral health topics and is co-chaired by the Mayor’s Office and the Chicago Department of Public Health. This diverse committee is comprised of multiple city agencies, mental and behavioral health stakeholders, local elected officials, and individuals with lived experience.

Please contact CCMHE@cityofchicago.org for more information. The agenda and the Zoom link will be posted no later than 48 hours prior to the next scheduled meeting.

Information from past meetings

May 26th - Deflection and Diversion

May 20th - System Coordination and Data

The community engagement period has concluded and CPD is conducting an analysis of the feedback provided which will inform revisions to the interim foot pursuit policy. From mid-June through July 2021, CPD sought input through a public comment period on the interim policy and provided a survey for residents to provide anonymous feedback. CPD also hosted two virtual community conversations and deliberative dialogues with community groups and organizations.

CPD anticipates publishing a draft of its updated foot pursuit policy in early August, where it will be open for public comment for 15 days. Following any additional revisions, CPD anticipates implementing the updated policy in early September and will release a public report detailing the engagement process, summary of community feedback and steps it’s taken to inform policy revisions.

In 2017, the United States Department of Justice concluded a yearlong civil rights investigation into the Chicago Police Department. The investigation revealed the need for significant reforms to address deficiencies within the nation’s second-largest police department, including eliminating discriminatory policing.

This led a federal judge to authorize a consent decree, which was approved on January 31, 2019. Among the many requirements, the consent decree mandated the Department gather information about foot pursuits for the Independent Monitoring Team (IMT).

On March 5, 2021, upon review of the data, the IMT determined a foot pursuit policy was necessary. The Department immediately began working on a draft policy based on best practices from major cities throughout the country.

CPD conducted a review of available data on foot pursuits from April 2019 to December 2019. The findings include:

CPD held a live webinar to review the policy and answer questions from the public on June 1.

The Mayor’s Office of Community Engagement will host four public forums that will provide residents the opportunity to speak before members of the committee prior to the selection of the next Chief Administrator at the locations listed below from 6:30 pm – 8:00 pm each night:

Members of the public can submit questions, comments, and thoughts about priorities for the position of Chief Administrator of COPA by emailing COPAsearch@cityofchicago.org if unable to attend any of the community engagement sessions.

To view the job description or obtain more information regarding the selection process, please visit www.chicagocopa.org/about-copa/careers/ for additional details.