The Retrofit Chicago Energy Challenge has been featured in local, national, and international media. 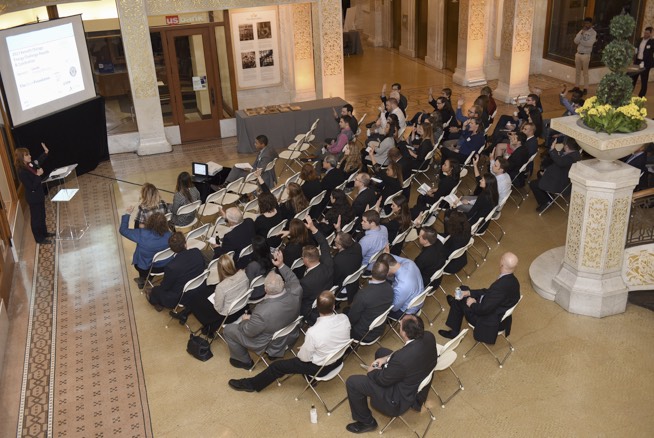 On November 16, 2017, approximately 150 building representatives and partnering organizations gathered at The Rookery, one of Chicago’s most iconic historic buildings, for the annual Retrofit Chicago Energy Challenge Awards Ceremony. 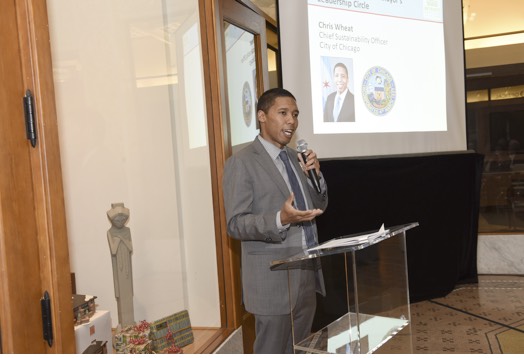 Now in its fifth year, the Energy Challenge is a voluntary leadership program that celebrates and recognizes exceptional efforts to improve energy efficiency. Any property team that joins commits to a 20% energy reduction in 5 years. The program offers peer learning opportunities, where participants learn about new technologies and best practices from each other, as well as an annual awards ceremony that celebrates top performers.

When this program was launched in 2012, there were 14 founding member properties. Now, there are 81 properties that have joined the Challenge spanning over 53 million square feet.

To-date, participants continue to see significant progress on energy and cost savings. In late 2016, the average energy reduction across all participants was 12%. As of fall 2017, the average savings are approximately 14.5%, which equates to over $10 million in savings per year. 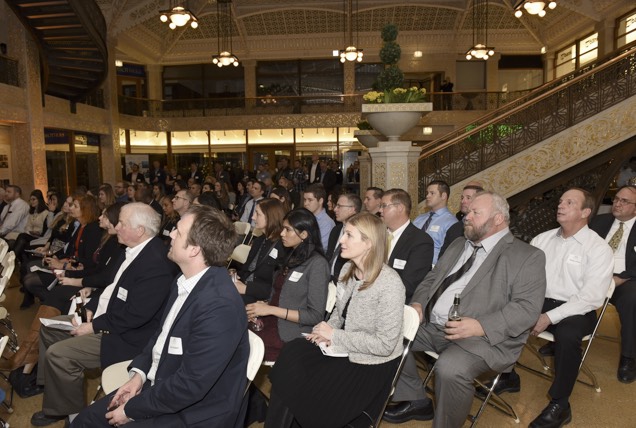 This year, 9 new properties received The Mayor’s Leadership Circle Award for meeting or exceeding their 20% energy reduction target. In the past, about half of the winners were located in the Loop. In 2017, only one winner was located in the Loop, demonstrating that energy efficiency truly is spreading to every neighborhood across the City. (Our Loop-based properties might need to start catching up!)

Finally, more than one property reached a 20% reduction in less than a year, showing that major improvements are possible in a short amount of time

This year’s winner for the Most Valuable Manager is Mark Szewczyk of MB Real Estate. Mark was the unanimous choice amongst all the judges on this year’s panel. His nomination spoke for itself and was one of the strongest nominations that was ever seen for this award.

In 2017, there were two winners for the Most Valuable Engineer Award. The judges were simply not able to choose between the many great nominations that we received. This is evidence of the high-level, high-impact work that building operators and engineers do every single day to make their properties more efficient.

The first winner was Nick Kaiser of Shedd Aquarium. Nick has been instrumental in two major projects at Shedd that have helped Aquarium and the City of Chicago reach its energy goals.

The second winner was Matt Guidice of 200 West Monroe Street.  One of the projects Matt worked on was a new BAS for the building. The new system created an entirely new way of operating the building which was both exciting and scary as our primary concern is tenant comfort.

This year’s winner is the Trinity United Church of Christ Sustainability Renovation Project.

The sustainable renovation of Trinity United Church of Christ was designed to transform not only the building, but the local community. The project was designed to reduce the energy costs by 25% and achieve a LEED Silver designation. Other priorities included a high involvement of minority and women owned-businesses in the project.  Over 80% of the contractors went to such businesses. Thus far, the Church’s energy costs have been reduced by 28% over the base year of 2014.  The church is also educating its members and members of the local community. There are over 10,000 who participate in the church’s ministry or who live in the immediate area and who may be impacted by the sustainability renovation project.