Juneteenth, also known as Emancipation Day, is a day that holds great historical significance across the nation.  On June 19, 1865, a declaration of freedom was issued in Galveston, Texas—freeing the Black people who were still enslaved after the Emancipation Proclamation of 1862. Today, Black residents across the United States commemorate the long journey towards equity and inclusion on June 19th. The City of Chicago will celebrate this monumental moment in history by hosting a Juneteenth Flag Raising Ceremony on Monday, June 14, 2021. The ceremony will recognize how far Black Americans have come and prompt reflection on the work that still needs to be done. You can watch the Juneteenth Flag Raising Program on the Mayor's Facebook Page.

The City of Chicago

Juneteenth Illinois is a collaborative initiative between city, county, and the state government of Illinois in conjunction with various community-based organizations to uplift Juneteenth events and commemorations under one umbrella. This permanent initiative was brought about by the passage of Cook County's ordinance amendment, establishing Juneteenth as a paid holiday.

The Juneteenth flag was created by Ben Haith in 1997. Haith, founder of the National Juneteenth Celebration Foundation (NJOF), initiated the first flag raising ceremony that same year, which was held in Boston, Massachusetts.

The Colors: Red, White, and Blue symbolize the American Flag. This is a reminder that Black Americans built this country and are American citizens.

The Star: The White Star at the center of the flag represents not only the Lone Star State (a nod to Galveston, Texas where a declaration of freedom was issued —freeing the Black people who were still enslaved after the Emancipation Proclamation of 1862.), but it also represents the freedom of Black Americans across the nation.

The Burst: The Burst, which surrounds the Star, represents a Nova (or a new star). This represents the new beginning for Black Americans.

The Arc: The Arc-extending across the width of the flag- represents a new horizon and opportunities for Black Americans.

The Pan-African flag was created in 1920 by Marcus Garvey, leader of the the Universal Negro Improvement Association (UNIA) at a conference in New York City. Garvey created the flag to represent the African Diaspora and the Black Liberation Movement. 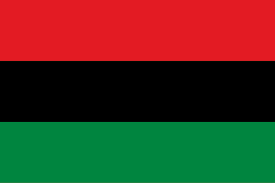 The Colors: Red, Green, and Black represent unity for the African Diaspora. Red symbolizes the bloodshed in the liberation movement and that unites people of African ancestry. Black symbolizes Black people who make up the Diaspora. Green symbolizes the wealth and fertility of the African continent.

Thank You to our Partners: 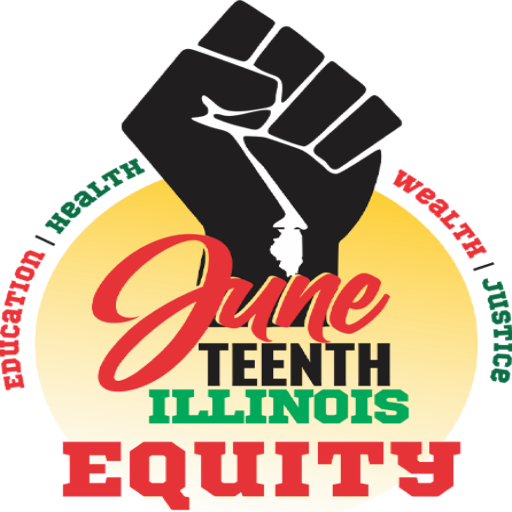