The .gov means it's official. 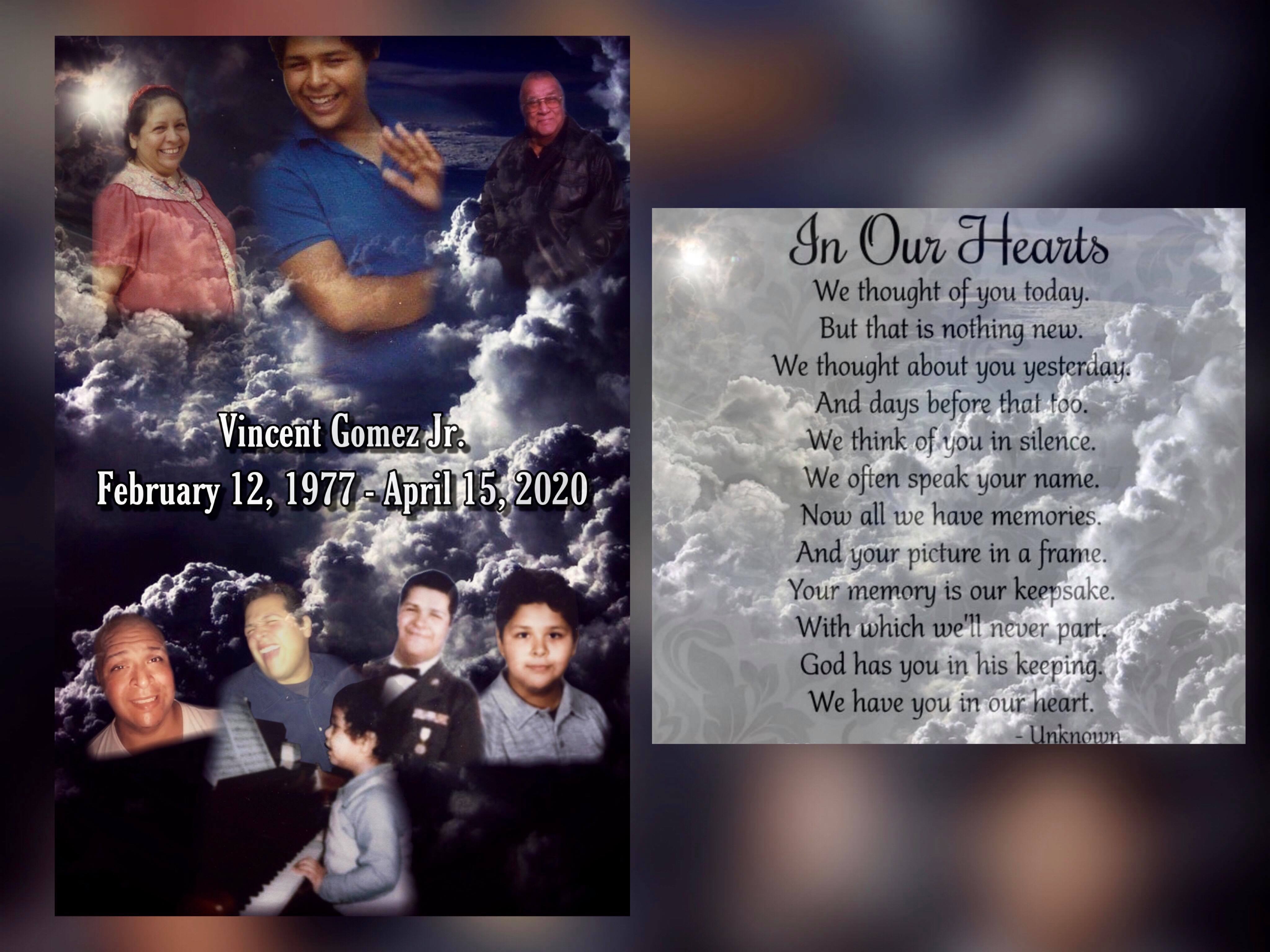 Vincent Leonardo Gomez, AKA Vince or Don Chente, was that tender giant that you read about in all the stories. He was an outstanding son and friend. He provided care to both his aging parents through illness until the moment of their passing several years later. Vince's life after his father's passing (the parent that passed on last) was full of challenges and turmoil. Despite the complexity of his situation with health issues, financial and emotional loss he navigated persistently through it.