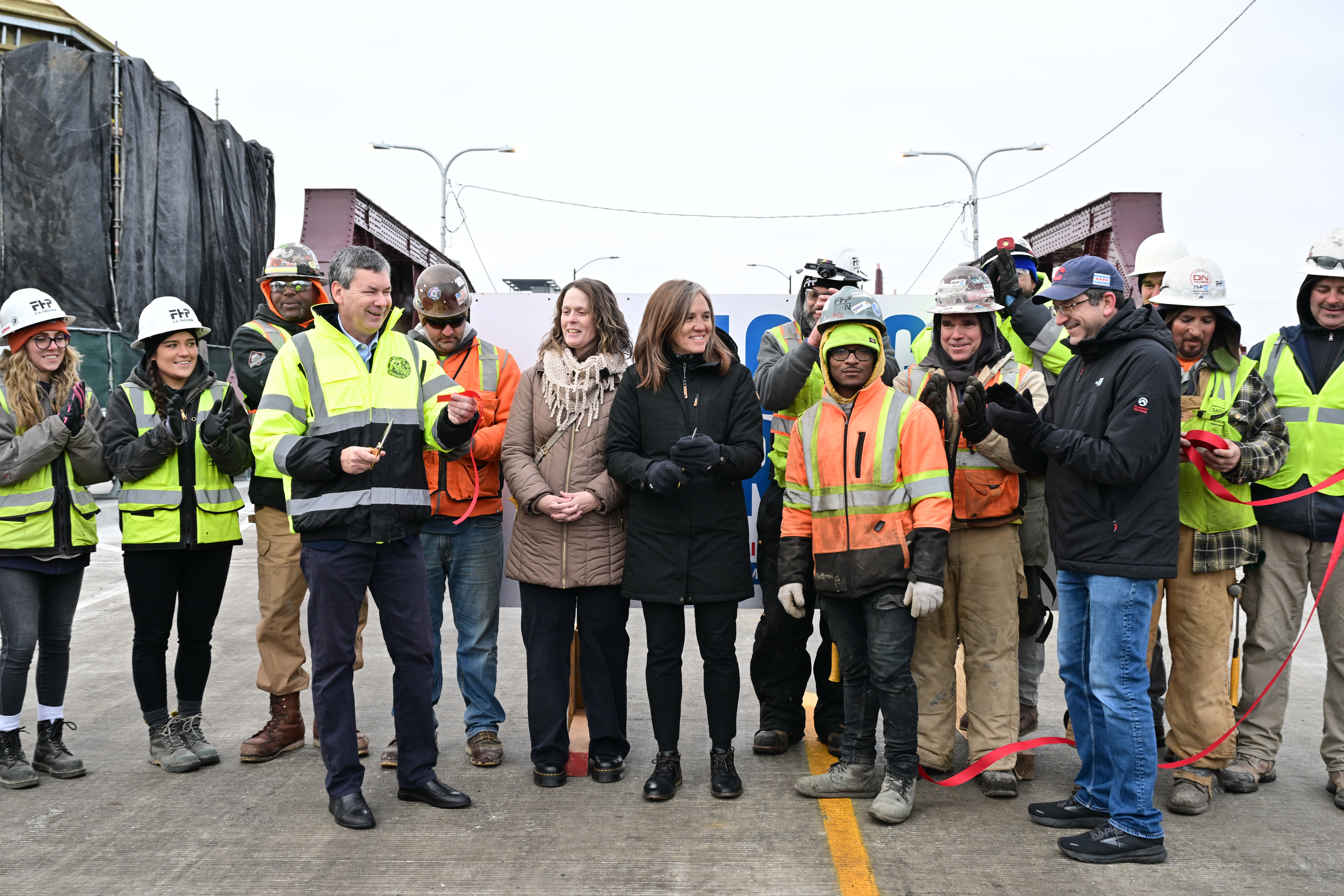 “The Webster Avenue Bridge Rehabilitation Project is a great example of how we are investing in our bridge network and modernizing it for the long term,” said CDOT Commissioner Gia Biagi. “Fully rehabilitating this century-old bridge was not an easy feat and would not have been possible without Mayor Lightfoot’s Chicago Works program, which funded this project. I thank Chicagoans for their patience during the construction of this project and congratulate the construction crews for a job well done on this achievement of engineering.”

Opened in 1916, the Webster Avenue Bridge is a classic example of Chicago-style double-leaf trunnion bridges with pony trusses that were built by the City in the first two decades of the 20th Century. Although it was operated as a movable bridge for decades, it has not been opened for the passage of vessels since the 1960s.

"While the additional time needed for this project was a significant challenge for our community, I am pleased that the bascule bridge over the river at Webster Avenue has been fully reconstructed while maintaining its important historical character,” said 2nd Ward Alderman Brian Hopkins. “The Chicago Department of Transportation and its engineer consultants were forced to deal with challenges beyond the initial scope of work, and supply chain issues further extended the timeline. The bridge will now be safer for motorists, cyclists, and pedestrians, and it is ready to serve future generations for another one hundred years.”

"The importance of this investment to our aging infrastructure cannot be underestimated, so this rehabilitation of the Webster Bridge is a welcome one,” said 32nd Ward Alderman Scott Waguespack. “This is a vital link between Bucktown and Lincoln Park for pedestrians, cyclists, and vehicles that will last for decades to come."