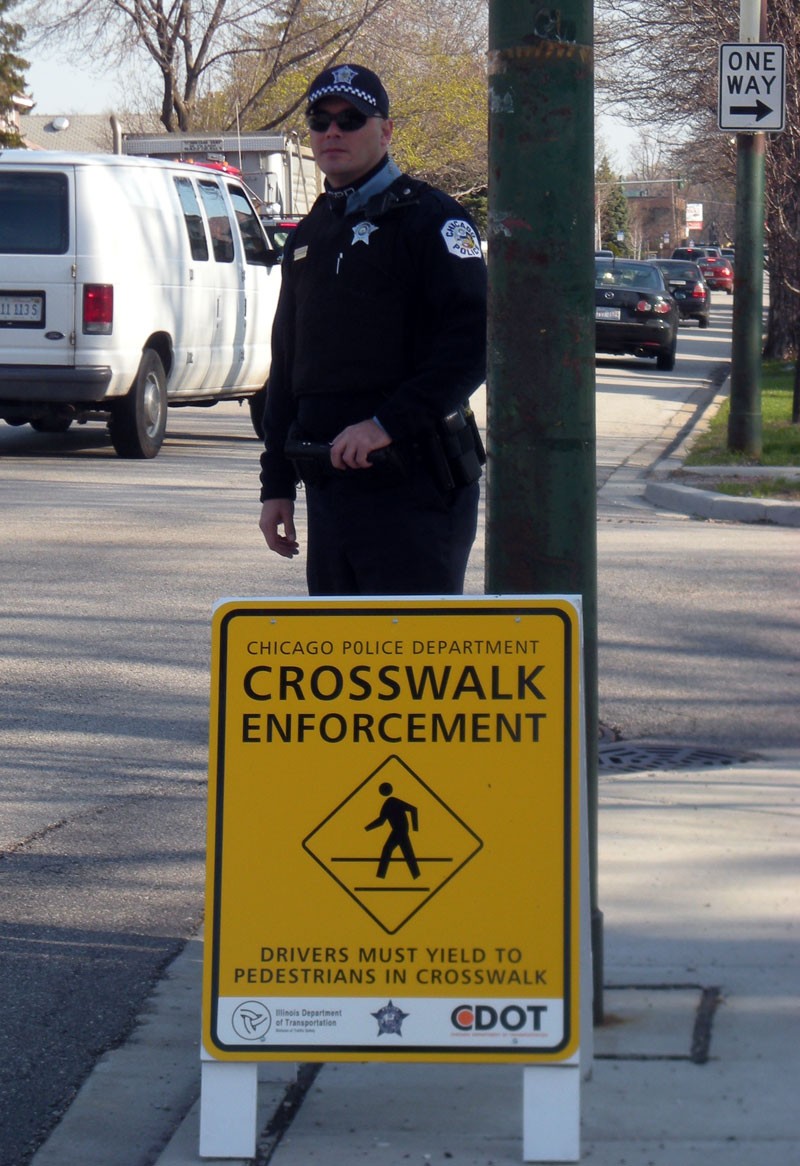 Continuing efforts to improve pedestrian safety in the city, CDOT and the Chicago Police Department are continuing crosswalk enforcement initiatives in 2014.

The crosswalk awareness initiatives involve an off-duty, undercover police officer posing as a pedestrian crossing at a crosswalk.  If oncoming drivers don’t stop for the pedestrian—as required by law—the vehicle will be pulled over by a police spotter further down the street.

Crosswalk awareness initiatives are planned throughout the city and locations chosen are close to schools, senior housing facilities and retail areas.  Most locations are near a recent pedestrian crash location.

The crosswalk awareness initiative is funded through a grant from the Illinois Department of Transportation.  Because the program uses off-duty police officers, it does not divert police resources from other crime-fighting efforts.

CDOT has completed numerous safety-related improvements throughout the city, including traffic-calming installations such as speed humps and curb bumpouts to slow vehicles, as well as pedestrian-countdown signals that tell pedestrians how much time they have to cross the street.

(Note: Enforcement is subject to change based on weather and other factors.  Signage is posted at each enforcement location to inform motorists and pedestrians)