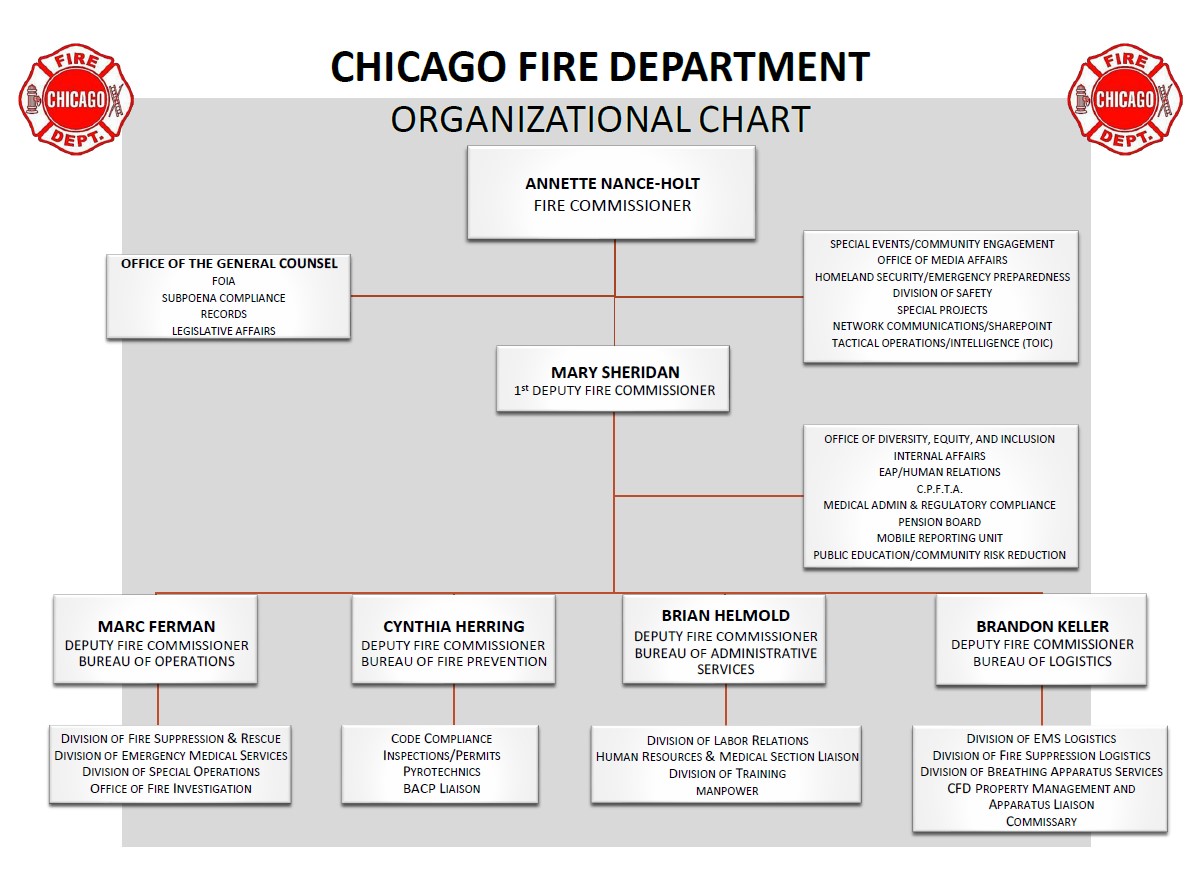 The following indicates the ranks that a firefighter or paramedic will assume through the promotional testing process developed by the Department of Personnel of the City of Chicago and adopted as a career ladder by the Chicago Fire Department:

Fire Commissioner (appointed by the Mayor)