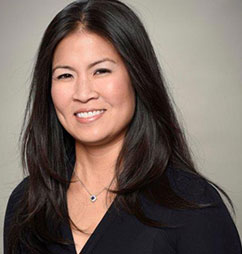 Soo Choi was appointed Commissioner of the Department of Human Resources by Mayor Rahm Emanuel and confirmed by the City Council on June 8, 2011.

Prior to her appointment, Soo served as a Deputy Inspector General in the City of Chicago’s Inspector General’s Office where she led its Hiring Oversight Section, which is responsible for monitoring the City’s hiring and employment compliance with the law and protocols imposed under the Shakman Accord.  She also previously served as an Assistant Inspector General.  Before working in the government sector, Soo was an associate at the law firms Much Shelist and Kirkland & Ellis LLP and clerked for the Honorable James B. Zagel in the U.S. District Court for the Northern District of Illinois.

Soo received her Juris Doctorate from Cornell Law School, her Master of Arts in the Humanities from the University of Chicago, and her undergraduate degree in English from Duke University.