OEMC provides citizens of Chicago with prompt and reliable 911 service 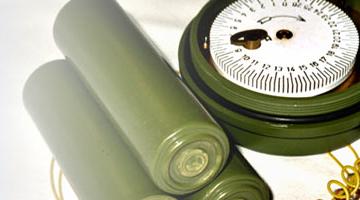 Globally, the use of explosives and bombs continues to be the mainstay of terrorist groups. The City of Philadelphia uses highly trained explosives specialists to rapidly assess, mitigate and render safe any and all explosive threats found within our City.

How can you prevent someone from using explosives?

Be vigilant. Be aware of suspicious behaviors or out-of-place activities around you. Examples of things to notice may include:

People -Look for strange behavioral traits-not appearance, because a terrorist can come from any ethnic group or walk of life.

Places - Targeted buildings or infrastructure are often checked out before an actual attack. Pay attention to:

Suspicious objects may include:

What to do if an explosion occurs:

Not every explosion is a terrorist attack. Here are basic guidelines if you are near an explosion of any type:

In the unlikely event that radiation is released in the City, specially trained experts are prepared to respond with equipment to test if levels of radiation are present.

If radiation is present, officials may recommend decontamination (removing clothing and washing with water and soap). The Chicago Fire Department and area hospitals are prepared to set up facilities to do this. Depending on the type of radiation exposure, health officials may also recommend additional treatment.

If you believe you have been exposed to radiation, stay where you are. Watch TV, listen to the radio or check the Internet often for official news and instructions.