Enhancing safety and quality of life for Chicago's residents and visitors 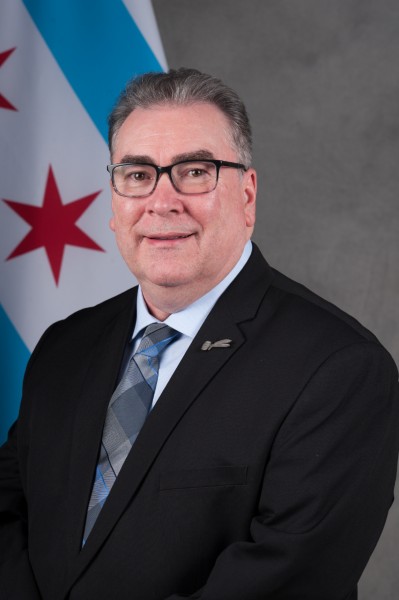 Matthew Beaudet was appointed by Mayor Lori Lightfoot on July 31, 2020, and confirmed by City Council on October 7, 2020, to serve as Commissioner of the Chicago Department of Buildings (DOB), a 295‐person department with an annual budget of $37 million. DOB enhances the safety and quality of life for residents and visitors of the City of Chicago through permitting, inspections, trade licensing, and enforcement of the Chicago Construction Codes.

Prior to his appointment, Beaudet served as the First Deputy Commissioner of the Department since 2011 where he worked to implement multiple reforms that have streamlined the permit process for all building projects. From single-family-home renovations to large-scale developments, the reforms make it quicker and more efficient to obtain a permit than ever before. Beaudet was integral in the move to electronic plan review in 2012, establishing Chicago as the first city to implement an electronic processing for all permit applications requiring architectural drawings. In 2019, Beaudet worked on the team that led the City’s adoption of the first full rewrite of the Chicago Building Code in 70 years, making Chicago was one of the first major jurisdictions in the U.S. to align with the 2018 International Building Code.

The first Native-American appointed to serve as a City Commissioner, Beaudet is a citizen of the Montauk Tribe, active in local and national civil rights issues and co-founder and first president of the Illinois Native American Bar Association. He was appointed by the Illinois Supreme Court to serve on the Committee on Character and Fitness from 2000 to 2009 and is a past recipient of the Illinois Bar Association’s Community Service Award. Beaudet is also a fifth-generation Chicagoan and active in volunteer work with the Chicago Public Schools.

Beaudet holds a bachelor’s degree from Loyola University of Chicago, a law degree from the John Marshall Law School, and was admitted to the practice of law in Illinois in 1989.  Born in Logan Square he resides in Irving Park with wife and teenage children.

Commissioner Beaudet, and the entire Department of Buildings team, look forward to providing quality service as we commit to the equitable strengthening of investment and quality of life for all 77 communities of the City of Chicago.