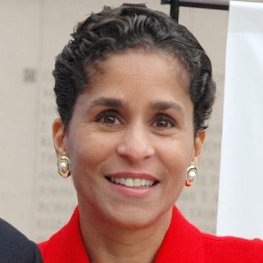 City Council approved the appointment today of Lisa Morrison Butler as the Commissioner of the Department of Family and Support Services (DFSS) to City Council.

“Lisa will help quarterback some of the most critical items on my second term agenda, from continuing our progress towards universal pre-K for children in need to significantly expanding our youth violence prevention programs,” said Mayor Rahm Emanuel, “She has the executive experience and record of serving Chicago’s youth to deliver on these priorities.”

Morrison Butler previously served as Executive Director for City Year Chicago, a post she has held since 2004. City Year partners with at-risk schools to help students reach their full potential and graduate high school. During her tenure, she has grown the youth service corps from 60 to over 200 members serving annually and increased by ten-fold the number of at-risk Chicago Public Schools students that City Year Chicago serves.

As Commissioner, Morrison Butler will be responsible for delivering social service programs and resources to more than 300,000 Chicago residents, ranging from early childhood education to reducing homelessness to aiding victims of domestic violence to providing workforce development opportunities to the formerly incarcerated.

“I am grateful to Mayor Emanuel for offering me this opportunity to serve Chicago residents, and I am eager to begin working with the Mayor’s team to expand pre-K opportunities, reach new records for youth summer jobs, and end homelessness,” said Morrison Butler.

Morrison Butler holds a B.S. degree from Indiana University and pursued post-graduate studies at the J.L. Kellogg Graduate School of Management, Northwestern University and the University of Chicago. Prior to joining the city, she held senior positions in the telecommunications industry and also established a private strategic communications practice.